Although the Bath House is not able to be opened to the public at the moment we intend to run many events within the grounds, until we are ready for our very grand re-opening!
Previous Events
Heritage Open Days
We were able to go ahead with our HOD event, in a slightly different format to what we had planned. It was so nice to have visitors! We extended the tour to cover more of the grounds including the site of the tennis courts. The Kingfisher and Heron put in an appearance and thankfully we had no rain. Our event was fully booked and we are so grateful to everyone who came, hope they enjoyed it as much as we did!
2020 The Year that should have been Better
It started well enough we had big plans for work in the garden and grounds. Events were planned and various fundraising activities, but Covid 19 put paid to most of that. We have managed to do little bits as restrictions would allow. Against all the odds we still have made some pretty good progress, if we say so ourselves. 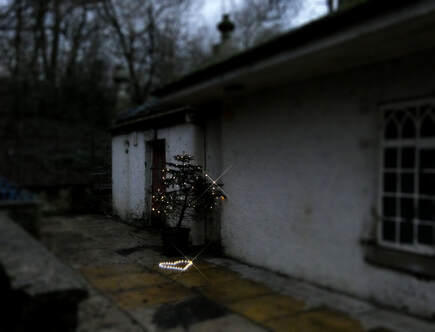 Christmas 2019
No festive goings on at the Spa this year, but thanks to Steve Dent, we did have a Christmas tree!
We are already planning something special for Christmas 2020 though... 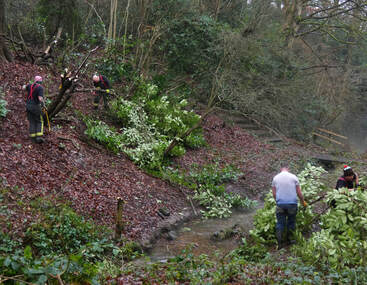 Firefighters Return 17th December 2019
We were privileged to have assistance from the wonderful Birley Firefighters again. And again they were amazing, the cherry laurel is now firmly under control. Temporary fencing was also erected in one area, as there may be some slippage of the ground, due to the excessive rainfall disrupting the course of the stream underground.
Our Rangers Tom and James were on hand to oversee operations with assistance from Dale.
Special thanks once more to Firefighter Robert Fergus for organising. 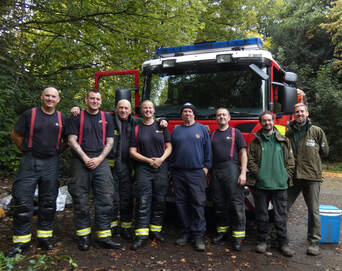 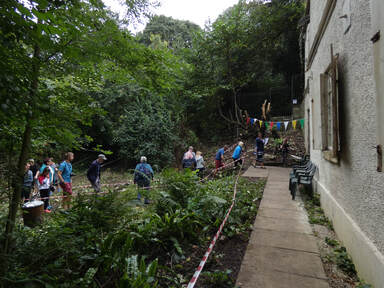 Heritage Open Days 14th, 15th, 21st and 22nd September 2019
We gave 3 tours of the Bath House for each of the days we were open, all were fully booked, indeed a few were a little over subscribed. We had 150 visitors and can honestly say we will never get tired of hearing people say "Wow!" when they first see the Plunge Pool. We had visitors from across the city and much further afield, Norwich being the furthest we knew of, and one who was taking photos for relatives in Australia!
The Kingfisher kindly put in an appearance a few times on the first weekend, sadly not so much the second.
Although quite exhausting the tours were a pleasure to do, the beauty and importance of the Spa is really not a hard sell.
Hopefully the building will be in a better state when we get to do it all again next year! 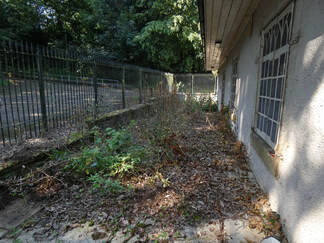 Tidy Up For Heritage Open Days
Over a couple of weekends, ending on 8th September, we have had a bit of a clear up. When we say a bit, we actually mean quite a lot!
Nettles and brambles although wonderful for wildlife, had taken over to a ridiculous degree, to say that removing them was a painful experience is an understatement, there are not enough dock leaves in the world! Kevlar would probably been a better option.
At the front of the building they had grown out of years of leafmould, although heavy work, once loosened the were not too hard to remove. 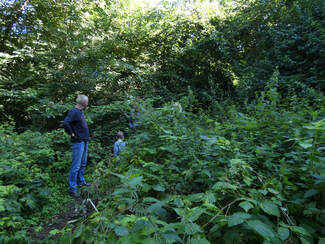 The garden however was something else! A veritable jungle! But we had a family of volunteers who came to help, and they brought a cordless hedge trimmer! Sadly we don't know their names, but they were absolute stars, and their contribution was invaluable! The difference is amazing!
Thanks also to Rich, Bob and Roxanne. Special thanks to Noah, our 3 year old wildlife expert, specialising in millipedes and butterflies on the day.
Below is a photo of the front of the building, almost weed free, if you want to see the garden, you will have to come and take a look! 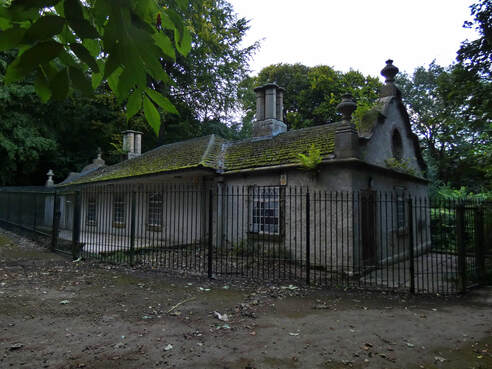 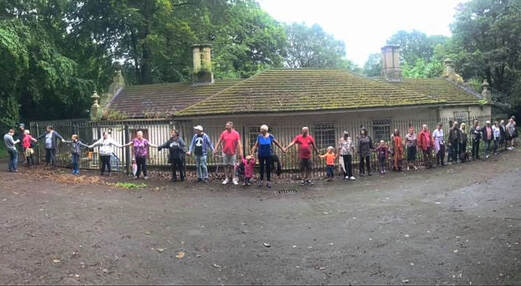 Hands Around The Spa
​
Thank you to all those who came to show their support for keeping Birley Spa. We were certainly noticed!
https://www.thestar.co.uk/retro/campaigners-show-unity-in-fight-to-save-sheffield-victorian-bath-house-as-saviour-plan-deadline-looms-487061 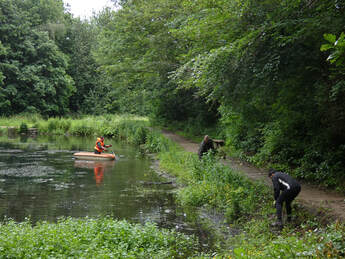 Two Men In A Boat Saturday 8th June 2019
​
Not the best of days for working outside, but we did it anyway. Not the biggest      boat for trying to move rubbish from in the pond, but our fearless rangers gave it their best. 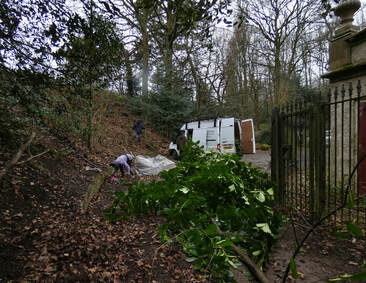 We managed to attack one of the none native Cherry Laurels and clear some more of the site. Our Rangers Tom and James ran out of places to put the amount of waste we created and had more than enough to fill their van and 4x4. We did get a little damp, there was a little rain, nobody fell in the pond, this time!
Special thanks to Sue Christine, Rich, Megan and Jasper. 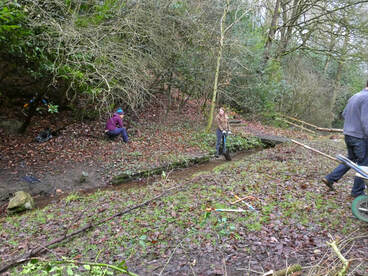 With the aid of our Ranger Tom, we finally got to start clearing some of the brambles and unwanted trees from the grounds. The weather was kind to us, despite the forecast, and we really made a difference, if we say so ourselves!.
Special thanks to Rich